Hamidia Girls’Degree celebrated Teachers Day to commemorate the birth anniversary of  Dr Sarvepalli Radhakhrishnan, a reformer and a great teacher, who is known for his contribution towards the education system of India.

On this occasion special lecture on National Education Policy (NEP) 2020 was jointly organised by IQAC and NEP committee of the college. Prof. P.K. Sahoo, Former Head, Department of Education was the chief-guest on this occasion. He said that New Education Policy reflects the ideas of Dr.Radhakrishnan and Mahatma Gandhi. While delivering a lecture he gave reference of Radhakrishnan ideology.He said that Education is the assimilation of values and ideas for character building and preparing to face life’s challenges. According to Radhakrishnan, where scientific knowledge ends, the realm of mystery begins. The world of scientific facts and the world of values are different. If education does not build wisdom and humanity in the hearts and minds of men, all its professional, scientific and technological triumphs would be meaningless. Education is enlightenment of soul that dispels ignorance and illuminates the individual. He also explained how Gandhian Philosophy of Education reflects in New Educational Policy 2020. Prof.Sahoo said that Mahatma Gandhi envisioned an educational system that would help in the overall development of personality. He emphasized that in addition to basic education (primary and middle level) compulsory training in key skill s development such as farming, horticulture, cotton spinning, wood art, blacksmithy, pottery etc should also be ensured.

According to him, the education system should be such that it should not be a burden rather it should accessible, acceptable and omnipresent. Therefore, as long as possible the teaching should be in the mother tongue. When this is not possible in the areas of technical or scientific subjects, the long-term measures should be taken so that along with the development of science and technology, various regional languages ​​could also be upgraded and enriched. If we look at the new education policy, we will find that concrete efforts have been made in this direction to improve the situation and make education accessible to the students through vernacular languages.

The new education policy underlines that as far as possible, in most of the higher educational institutions, mother tongue or vernacular language will be used as a medium of instruction or curriculum will be available in a bilingual form so that access to education is not denied.

Gandhiji also believed that the End State of education should not be the only obtaining a degree or to get a government job. According to him, skill development and empowering youth should be part of the education system so that people can be self-employed instead of becoming educated unemployed and also be able to offer the jobs to others and ensure participation in its progress in nation-building. 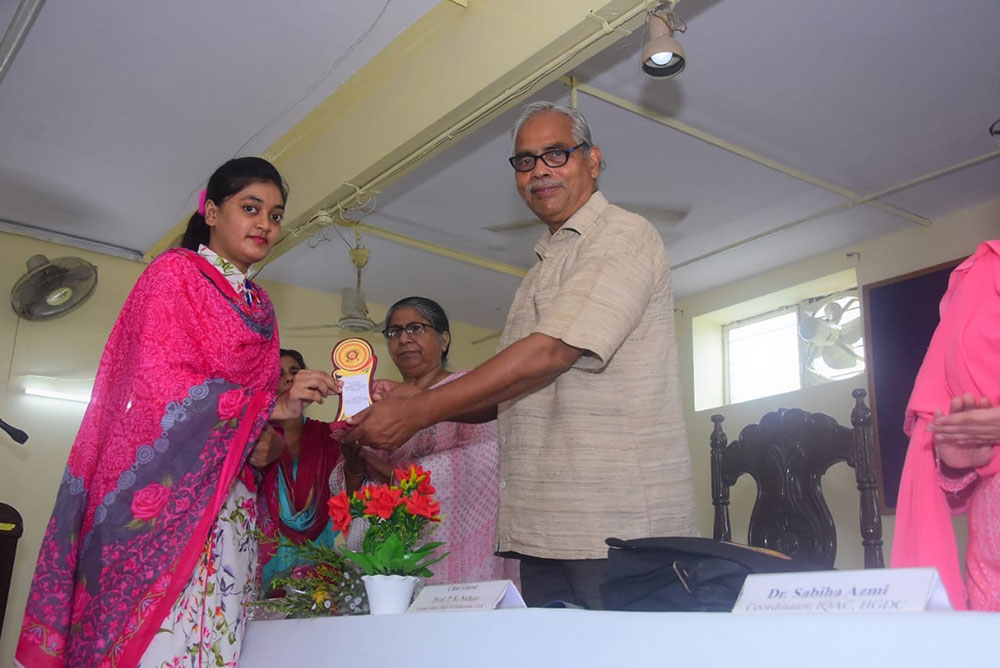 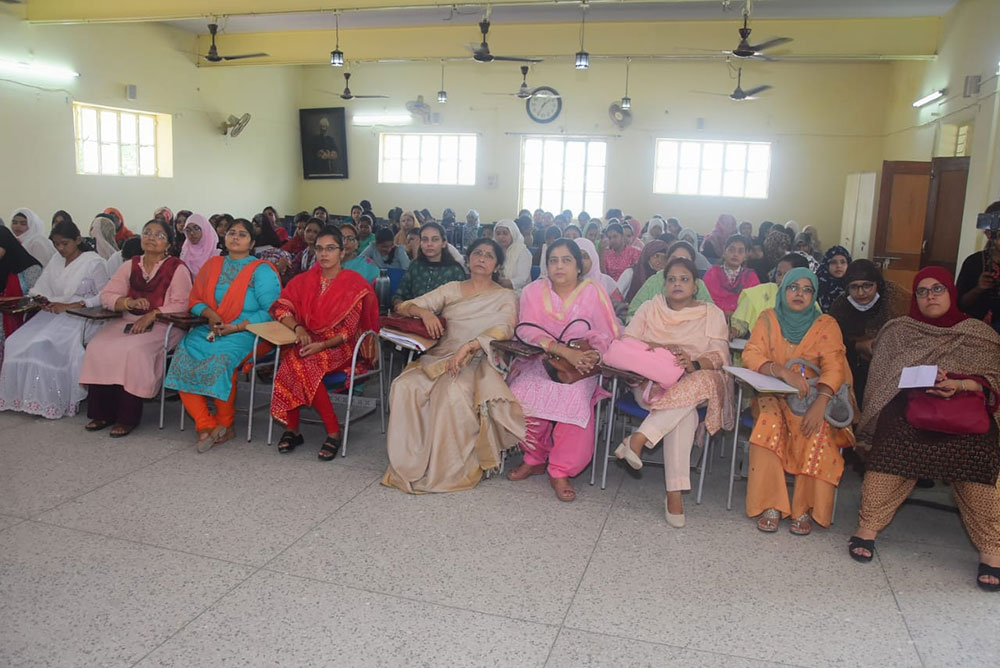 In addition to traditional skills, scientific and technical skills are also indispensable in the twenty-first century. This involves not only modernization of traditional skills but also skill development in computer and information technology as well as other key areas. Keeping this in mind, the new education policy has expanded Gandhian thinking in the field of education and learning. So that education system produces a skilled individual who is not only educated and skilled but also possesses humane personality. Prof. Sahoo said that NEP lays stress on the very aspect of learning rather than ‘education’ and seeks to provide the students with the right tools to achieve what they are capable of. The overall development of mind, body and soul, as proposed by Gandhi, are very much in sync with the NEP2020

While concluding his speech he said that the new National Education Policy (NEP) 2020, is a good policy as it aims at making the education system holistic, flexible, multidisciplinary, aligned to the needs of the 21st century. Though the NEP 2020 seeks to bring a holistic change in the education system of India, its success depends on the will and way in which it will be implemented. 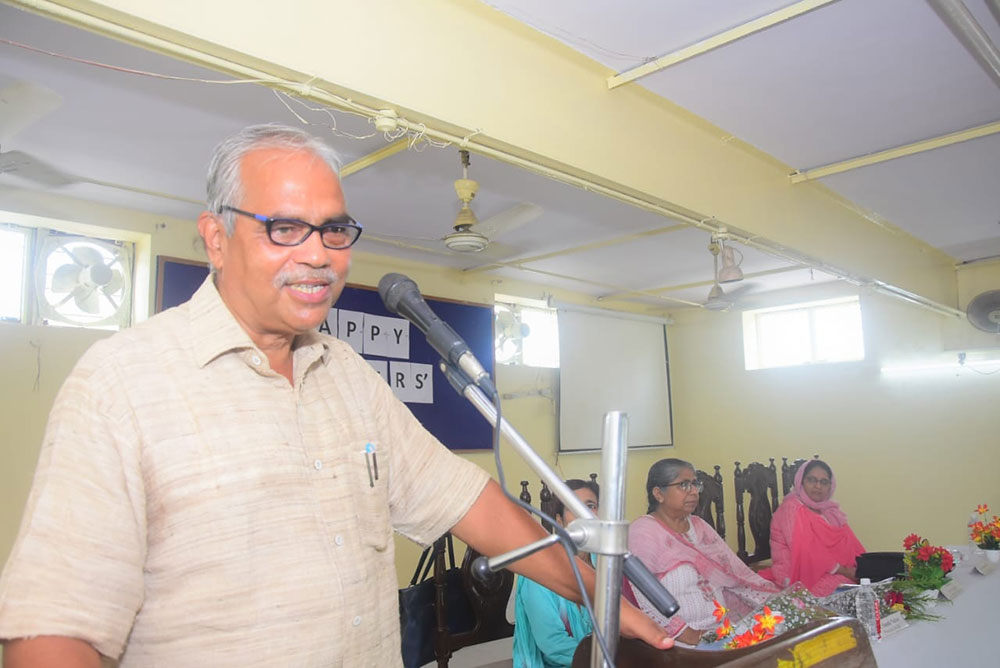 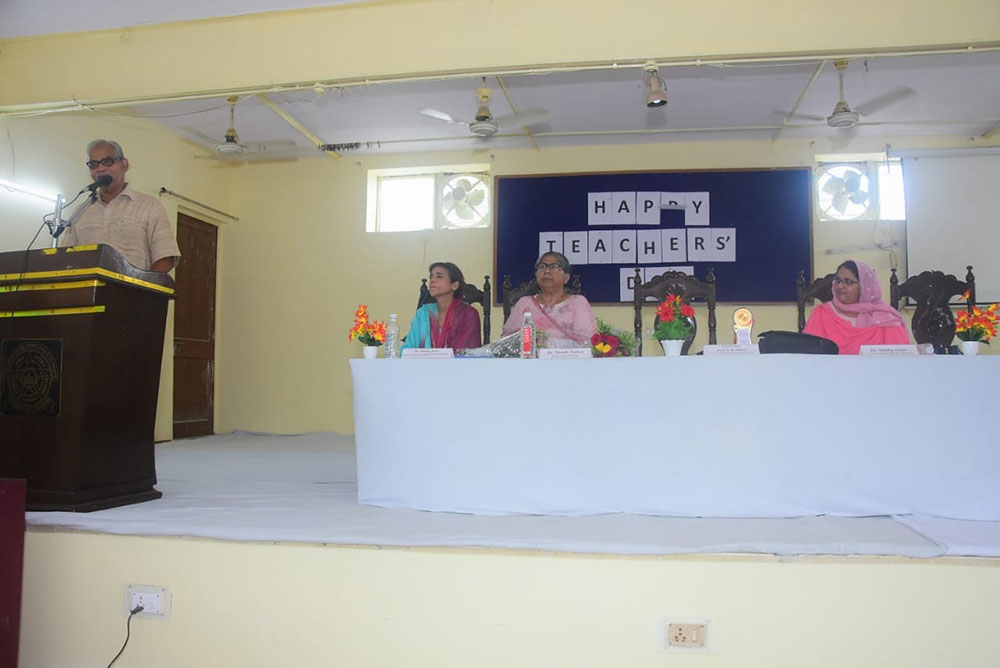 He further said that the vision of the National Education Policy 2020 is to instill among the learners a deep-rooted pride in being Indian, not only in thought, but also in spirit, intellect, and deeds, as well as to develop knowledge, skills, values, and dispositions that support responsible commitment to human rights and sustainable development.

Earlier the welcome address was delivered by Professor Yusufa Nafees, Principal HGDC. While delivering the welcome address she threws light on the personality and ideology of S.Radhakrishnan. She said that Sarvepalli Radhakrishnan was an Indian leader, politician, philosopher, and academic. He served as India’s first Vice President and then as the country’s second President.He was a man of knowledge and educationist, and he contributed a lot to the field of education. She also explained that S.Radhakrishnan was a great visionary and his futuristic approach in his philosophy were reflected in present Educational Policy.

Program was started with recitation of Hamd by Nuzhat Nayeem, student of BA.lll year. Bouquet and momento were presented to the Chief guest on this occasion. Vote of thanks was proposed by Dr.Sabiha Azmi, Co-ordinator, IQAC and Associate Professor, Department of English,HGDC. Program was conducted by Dr.  Shama Rani, Associate Professor, Department of Education, HGDC. All the staff members and students were present on this occasion.